Rostock (DE)A visit to the historic northern city of Rostock in 1993.
Read More 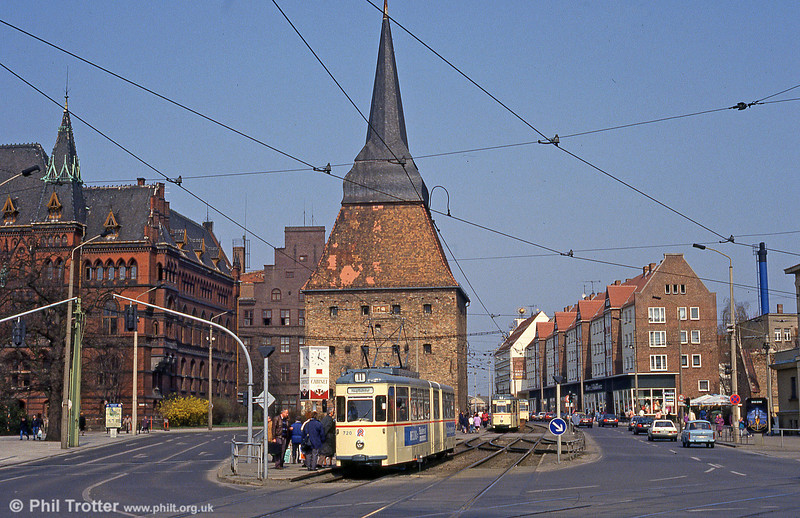 Gotha car 720 at Steintor on 14th April 1993. The Steintor is one of the former gates to Rostock. It is one of only three surviving parts of the original fortifications and was built in 1279 (although the current structure largely dates from 1576). Once there were 22 of these gates which controlled access into the city.