Other Narrow Gauge & Miniature RailwaysNarrow gauge industrial, miniature and leisure railways not covered by other categories.

Locomotives are catalogued in builder/works no. order. 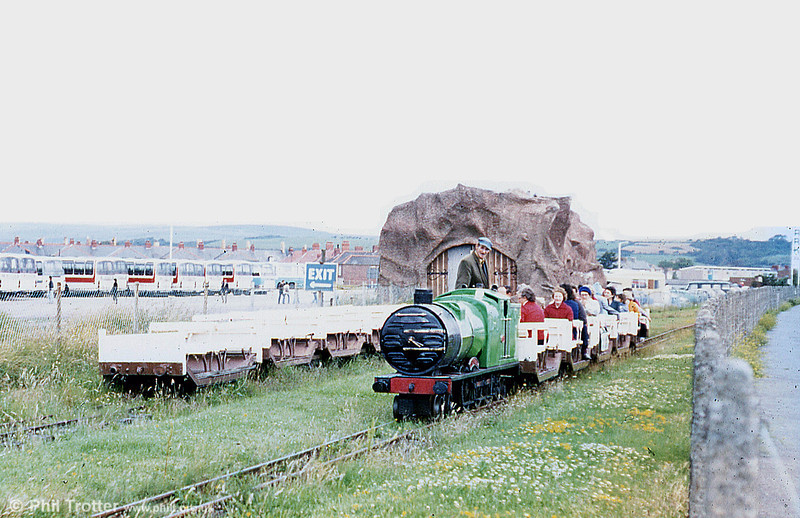 A photograph taken at approximately the mid point of the Porthcawl Miniature Railway. The line itself was single with a loop in the middle; the engine shed was disguised as a tunnel.

The train that was originally used consisted of ‘Silver Jubilee’; a steam outline petrol powered 4-6-4 loco with a hydrostatic transmission that was originally used to operate the periscope on a WW1 submarine. The original train consisted of 6, 4 wheel, open coaches that used carriage under frames from the Romney, Hythe and Dymchurch Railway in Kent. One interesting fact is that the loco always faced Coney Beach because it only had one cab door cut out which was on the road side of the railway.

In 1936 a second train was acquired. This being ‘Coney Queen’ (above) plus a train of articulated stock to the same pattern as the 4 wheelers already owned. In later years, certainly by the ‘60’s, the 4 wheelers were behind ‘Coney Queen’ and the artics behind ‘Silver Jubilee’.